Which is the Best Browser to run PeopleSoft on? | PeopleSoft Tutorial
4

Which is the Best Browser to run PeopleSoft on?

I was working with a user on performance issues when I noticed that there is a considerable difference in performance (IE was slower). So, I decided to conduct some tests and see which browser is the best to run PeopleSoft.

It doesn’t come as a surprise that Firefox and Chrome fared much better than Internet Explorer. I used the following versions of browsers in the test: Internet Explorer 9, Firefox 21 and Chrome 27 and used PeopleSoft Ping utility for the tests. The tests were run on HCM 9.1 on PeopleTools 8.50.x.

What is interesting is that while Webserver, Appserver and DBserver response time was quite close – there was a considerable difference in browser response time.

The above pictures were point in time, but if we look at the overall time interval picture, it looks something like what is shown below.

Average browser time in case of IE was almost about 4 times that of Chrome and Firefox. 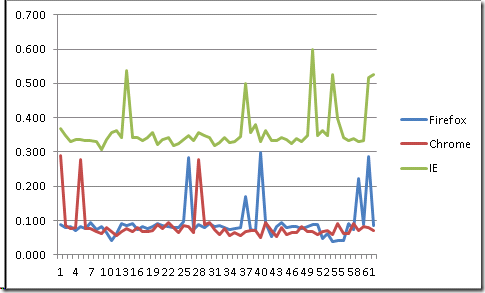 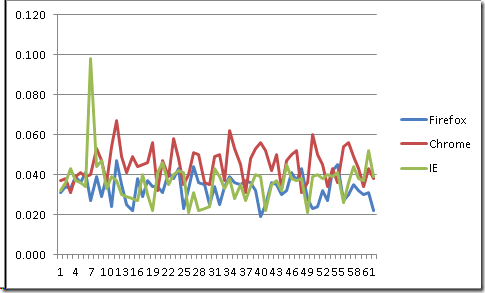 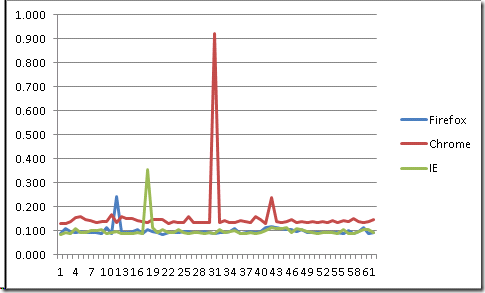 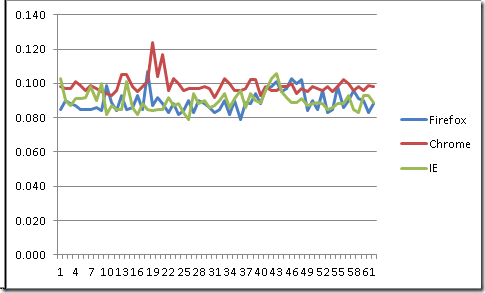 Oracle documentation don’t suggest that there should be any difference in performance. However, there is and that too a noticeable one. IE9, which was used in test was supposed to resolve the performance issues associated with IE8, however, I’m still not sure whey there is this difference. Worst aspect is that most of the big organizations have IE as the default browser and they are not willing to switch browser. What a waste of time!

Let me know which is your favorite browser for running PeopleSoft and if you have observed any performance difference.

Function Based Indexes in PeopleSoft

How to Identify User and SQLs in an Oracle database?