How to Install PowerShell on Oracle Linux, RHEL and CentOS | PeopleSoft Tutorial
0

How to Install PowerShell on Oracle Linux, RHEL and CentOS

Windows PowerShell is getting more common now-a-days with Oracle PeopleSoft DPKs needing you to run PowerShell scripts. In fact, it is not just limited to PeopleSoft – it is pretty common with Administrators, who manage Linux, Windows and networked clients.

Way back in 2001, ex-Microsoft CEO Steve Ballmer branded Linux “a cancer” during the height of Microsoft’s domination of desktop computing. Fast forward to 2016 with CEO Satya Nadella at helm, Microsoft declared its love for everything open source and Linux: Microsoft ♥ Linux. Microsoft came out with the open-sourced and cross-platform PowerShell version, which offered Linux and macOS installers. 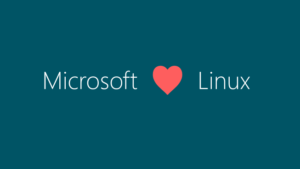 Linux PowerShell brought in lots of new features and although it is essentially the same program, there are key differences such as the ability to run standard Bash commands in Linux PoweShell. Microsoft is now the top organization with the most open source contributors on Github.

How to Install Powershell in Linux